Fox on the Run

One of the greatest things about being a birder is all the other wildlife you get to see, and today was no exception. It was however, exceptional! As I came around a bend in the road, about a kilometre from home, I saw something in the field to my right. I  haven't seen an Eastern Red Fox on our road for over a year, so this was a great moment! I pulled over, and hoped that I wouldn't frighten him into the bush when I rolled down the window and stuck a camera out of it. He was too intent on nabbing a little lunch to worry about me. 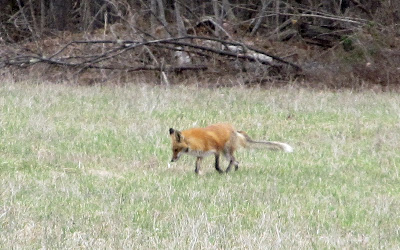 Head down, he was very obviously on the scent of some small rodent, weaving back
and forth and following its every movement. 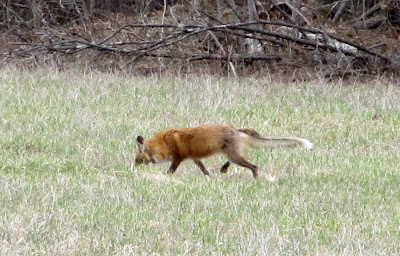 Then came the moment, a sharp turn to the right, a perky little jump, and
a light landing -right on top of the animal to hold it between his paws 'til he could grab it with his teeth. 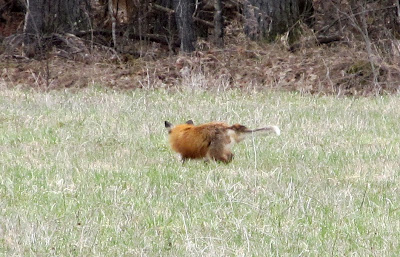 This rapid movement took all of about  10 seconds! 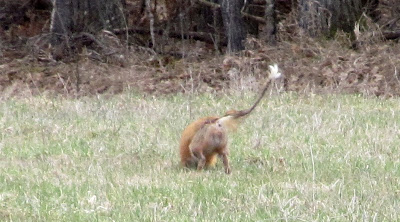 As he lifted his head, I saw a small brown something living its last moment before becoming
a tasty snack for the quick and clever hunter. 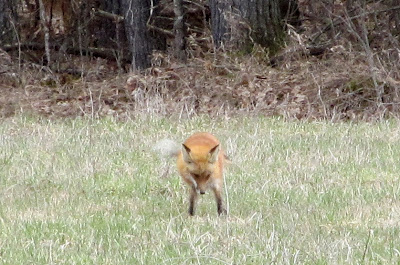 One last swallow, then back to work. Head down, and nose to the meadow. 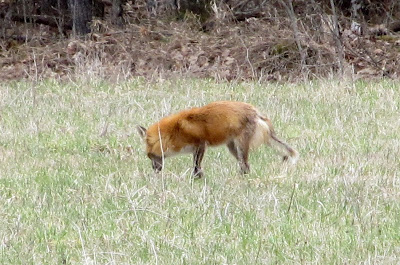 Watching him work brought to mind a tune that was popular in the Ottawa Valley years ago, and sung by The Good Brothers in many a tavern. Enjoy!
Fox on the Run