The highest  populated point in Ontario (1640 ft. above sea level) is home to the village of Foymount, about an hour's drive from our home at 500 feet above sea level. Back in the 40's and 50's when it was feared that the Russians were coming, the Russians were coming, Foymount became the southern most post of the Distant Early Warning line, and the Royal Canadian Air Force built  many buildings and installed listening devices, including people to listen to them. They were all set to fire off a warning if a nuclear missile ever flew over.  Alas, the Russians never came, the Russians never came. So the site was closed in the 70's, and now it's a Sunday driving destination for the locals, who come to find specials at the (soon to close) Sierra Design factory that used to make rugged outdoor clothing in the former DEW line  HQ. And to see whatever else they can see on dreary, drippy days like yesterday. 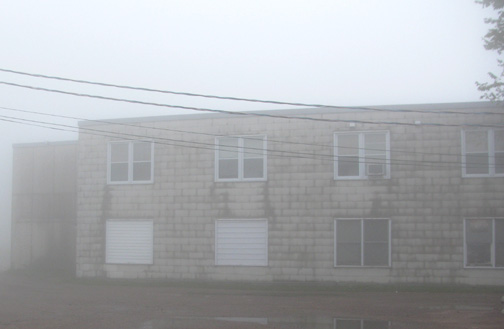 Hard to believe my fancy schmancy ski jacket was born in there. Even these two kestrals find it difficult to believe
...As the lights are now off, and nobody's home. 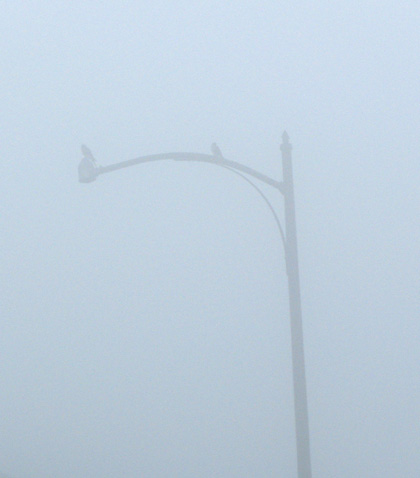 Finding no bargains, we headed down the road... 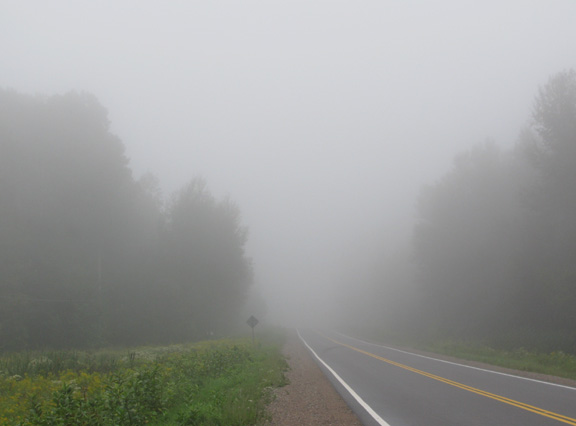 and through the mist to discover the quiet sentinels keeping watch. 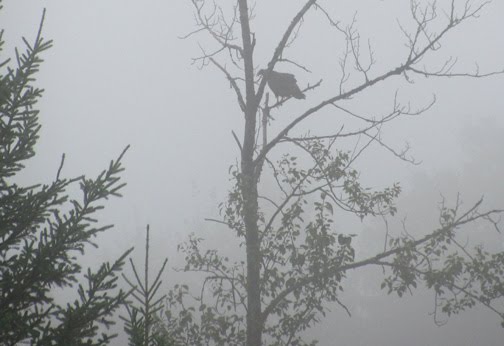 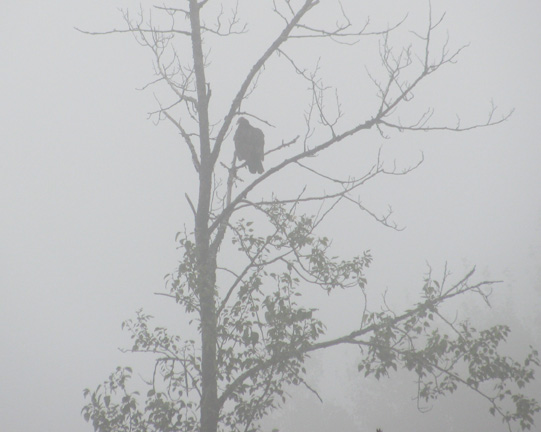 With their backs to the road, they gaze over the meadow, holding a silent vigil, while waiting for their next meal. 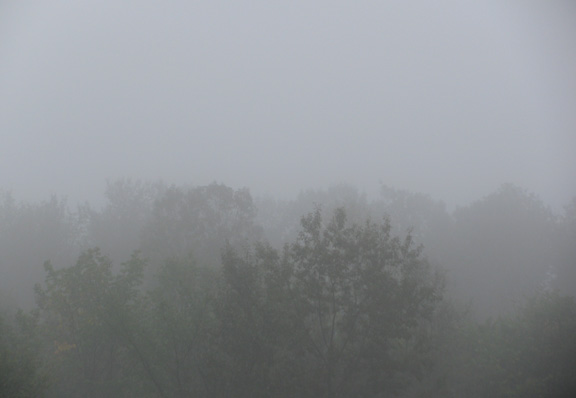 If a tree falls in the forest, will vultures  hear it? What if a bomb drops?
Posted by Susan Ellis at 2:29 PM 6 comments: