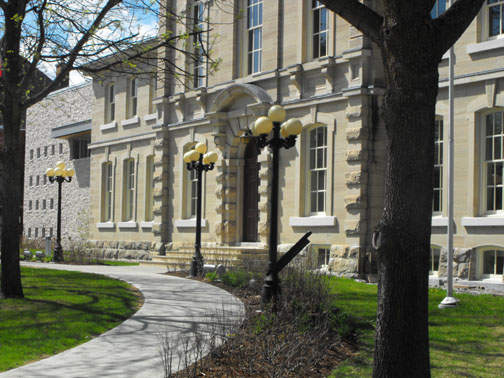 The beautiful Superior Courthouse in our town recently received an international  Building of the Year  award, in recognition of the outstanding renovation, restoration and heritage conservation that has taken place in the building in the past few years. It is truly a magnificent structure, that by its very presence says Justice Lives Here.

The building was originally built in the mid-1800's, and was in need of upgrading...bringing it into compliance with the modern building codes and security standards necessary to keep the the judges and lawyers and victims safely separated from the criminals. Crime has changed in the past 150 years, and so to have it's perpetrators. The architects and designers tried to show this in their renewal efforts. 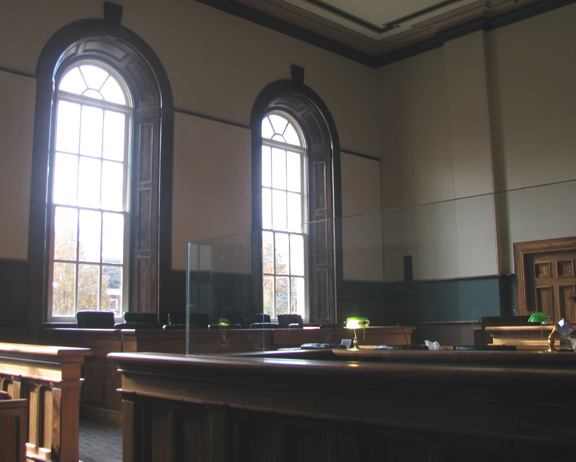 Still stately, a place where the weight of the world often sits on the shoulders of those in this courtroom,
pondering the depth of the crimes and misdemeanors.
Now, it's also bullet proof, and there are emergency panic buttons if the need arises.
The light shines softly through the windows, and seeks hidden channels so that it can reach the inner depths of the building and shed a little more light within. 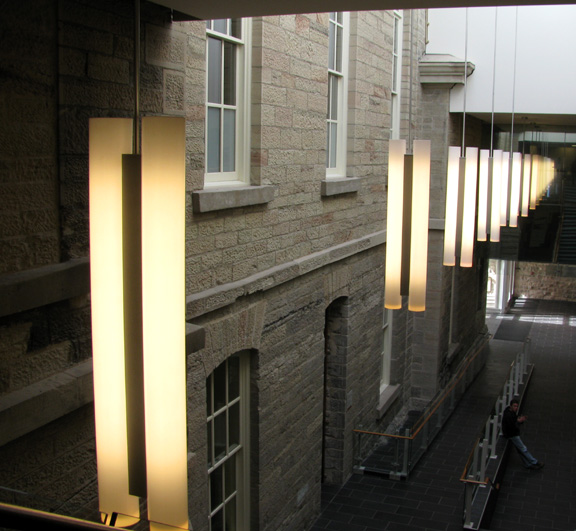 The quiet shadow land of the interior court is a place to reflect.
And, if you're about to be sent to jail, a place  to be very, very happy that our criminal justice system decided it was too harsh on the criminals when they were sentenced to a term in what are now euphemistically called "heritage jail cells".
Imagine spending time in here? 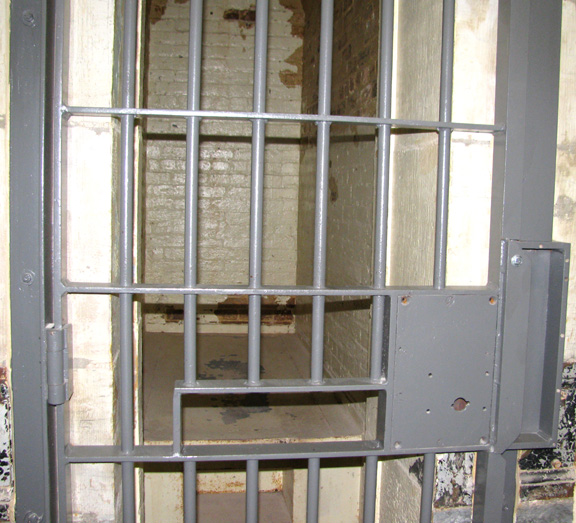 Approximately 4 ft. by 8 ft. No windows. A brick platform to dream on. A tiny cubby hole for your slop pot.
No TV. No computer. No lights. When it's dark, that's where you are.
A place to contemplate the reason that all of society's privileges have been removed.
But it's been deemed too hard and horrid a place, and relegated to history.
But there are some criminals that I think it suits perfectly.
It's a good place for a disgraced, depraved, serial rapist and double murderer who once was a Colonel.
Posted by Susan Ellis at 4:21 PM 2 comments: