As we (me and a great committee of staff and volunteers)are putting the final touches on our plans for this year's annual Waterfront Festival it's hard not to think about the amazing talent that exists n the Ottawa Valley!
The "Valley" was first settled 180 years ago by a rough and ready mixture of Scottish, Irish, German, and Polish lumberjacks, who honed their musical skills in the logging camps during the long winter nights. Step dancing and fiddling help to while away many an evening,as there were no boom boxes, TV's or laptops available. While I definitely do NOT profess to know much about music, I DO know that the fiddling that evolved out of the Ottawa Valley is considered "dirtier" than that found in Ireland, and the dancing is 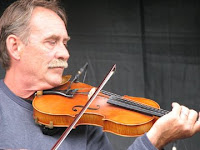 they were all having far too much fun to worry about concerts before the Queen and her consorts!
Most importantly, when the men would erupt from the logging camps in the spring like a bunch of wild banchees, the fun really began, and thousands of little stepdancers and fiddlers and singers were begetted or begatted. And that lineage is responsible for the the fact that you can't swing a cat without hitting a musician of some sort here in the Ottawa Valley today.
And a great bunch of people they are too! 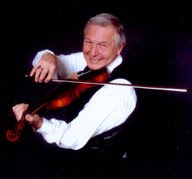 all in the Ottawa Valley Music Hall of Fame - and AMAZING to listen to and or watch. Bands from the 70's, like Rocky Sands and the Pebbles with the incredible vocal chords of Eli Boucher, and his band of merry dancers with really big hair, and really tight pants. THAT'S a sight

for sore eyes! And to top it off, they weren't good, they were great! Three decades later they can still sing, and dance, and fill the local arena.


Not to be outdone are local legends like Timmy Hermitte, who croons and fiddles

and charms everyone he meets - and has been playing pretty much all of his life. 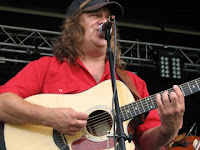 And then there's Sab, with a voice like Tom Waits, a love of cherry whiskey, rock and roll and life itself.
These guys are all phenomenal, and many will be playing here in Pembroke this summer - along with their friends and families - at the Waterfront Festival - Aug. 7, 8, 9, 2009.
It's a Celebration of the Ottawa Valley, and YOU should come!

Posted by Susan Ellis at 1:26 PM No comments: