The Zen of Birds for Politicians and other Arrogant Worms. 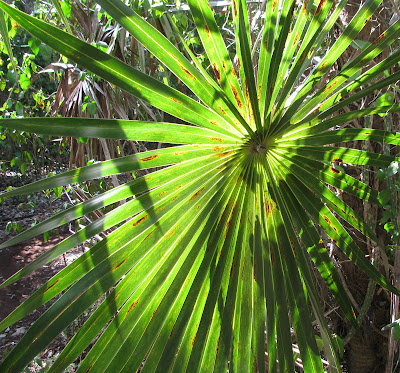 A walk in the woods, a trek through the trees, bits from the branches, you name it, everywhere you turn, there are lessons asking to be learned.
Mother Nature has  written her wise old ways all around you,
if you but care to stop, look, and listen.
And learn.
The beautiful back lit palm, etched by the sun is a lesson in geometry,
hidden treasure, bas relief, photosynthesis, shadows and
the "incredible lightness of being".
Nothing is one dimensional, uni-purposed, or too banal for your attention.
Lesson #1: So pay attention to the little things around you.
For amidst the branches, and behind the palm, a furtive watcher waits
for a little lizard to make its way onto the palm branch. While happily sucking up  tiny red ants, the lizard  is also being hunted, unaware of the danger
lurking above and behind, just over his shoulder. 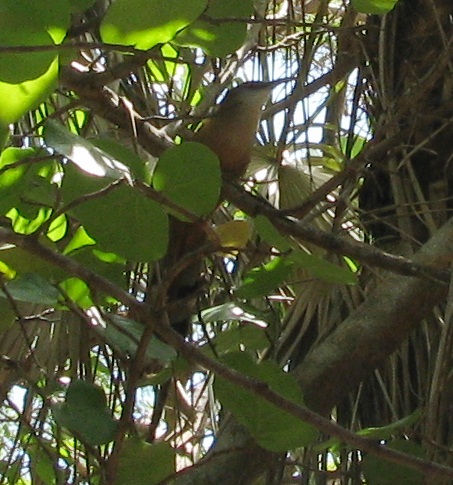 He sits quietly, waiting for the moment when the lizard is so caught up in his own game, that he forgets to look over his shoulder.
"Good bye lunch."
" Hello dinner."
Lesson # 2: Check the rear view mirror once in awhile.
You never know who's got you in their sights.
And that leads us to the next lesson. What not to wear on the campaign trail?
Bright colours on top is a bad idea, especially if you're a perky little thing that likes to flitter among the crowds, quick in, quick out.
Keep it cheap and cheerful. But not too cheap or too cheerful..after all, this is an election and serious business. 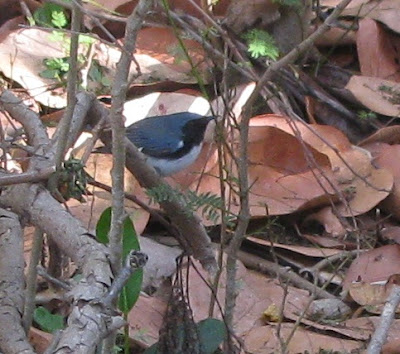 Lesson # 3. This is not a fashion show.
Stick to the tried and true timeless colour basics. Black, blue, white in summer. Small little dabs of jewellery...don't stand out when you're trying to fit in.
Don't let them think you make a lot of money.
Being a buffoon is bad for business when you're trying to win the hearts and minds of the people.
Just ask this guy. Stood out so much from the crowd as he scooped up tiny fishes, that he drew far too much attention to himself, and is now endangered in some regions.  The Eugene Whelan of the pelican species.
Funny. Bigger than life. Gone. 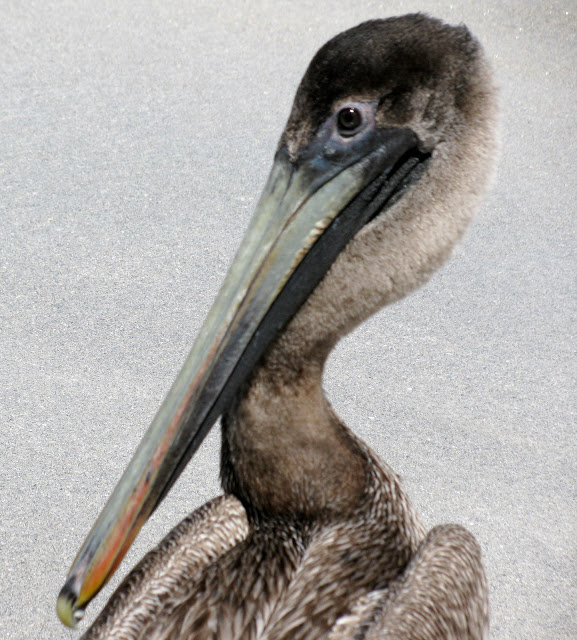 Lesson # 4: Don't be a flying dinosaur.
Politicians are meant to demonstrate wisdom. They should show us the way to harmony and bliss. They are supposed to be leaders, and the most respected generally are. But  over the past few decades, elections have become much less about visions for a nation, and much more about tapping into the motherlode. Finding the  niche demographic that will bring home the win.
It's Politics with a capital P now, where winning is everything.
And we the people are simply pawns on a giant chess board.
Until of course the election is over, and someone wins.
Then we're forgotten. 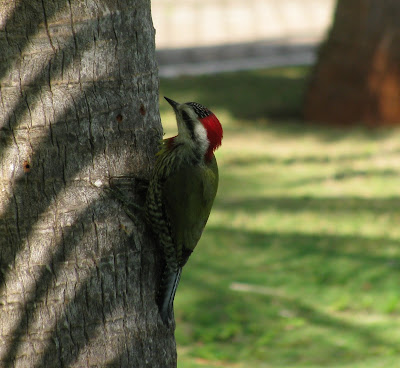 Lesson # 5: The sweetness of the sap will linger, long after the wood
has been tapped.
This may sound like a good thing. But bear in mind that "power corrupts, and absolute power corrupts absolutely".  Have you ever noticed how quickly
young and perky politicians turn gray and wrinkly?
They find a comfy cushion on the back bench,
and that's the last we ever hear of them!
Sad. But true.
Don't let this happen to you!
No, you must maintain your flight feathers, and be ready to launch into action at
a second's notice. Seize the light the minute fortune shines on you,
and be ready to fly. Go the distance. Do the right thing. 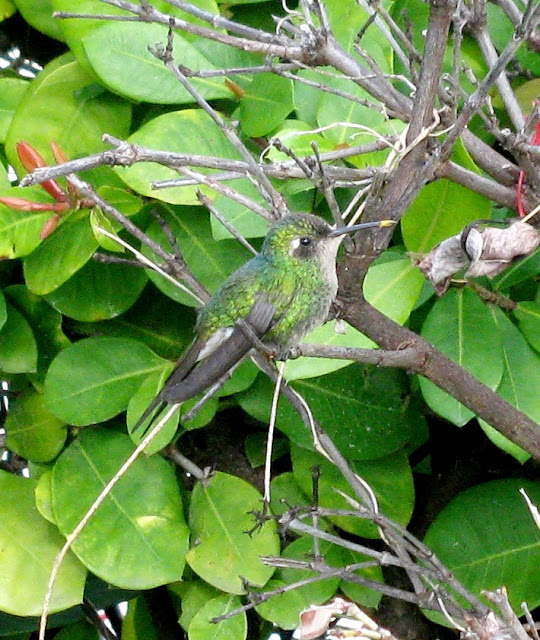 Lesson # 6. Do sweat the small stuff.
It's the little gestures, the honesty effort, the commitment, and the confidence to fly against the wind that will cast the longest shadow, and cause people to remember your name long after you've left the jungle.
Oh baby, it's a wild world. Hard to get by just upon a smile.
Posted by Susan Ellis at 10:45 PM 4 comments: