It's Not Just the View, It's the Vision 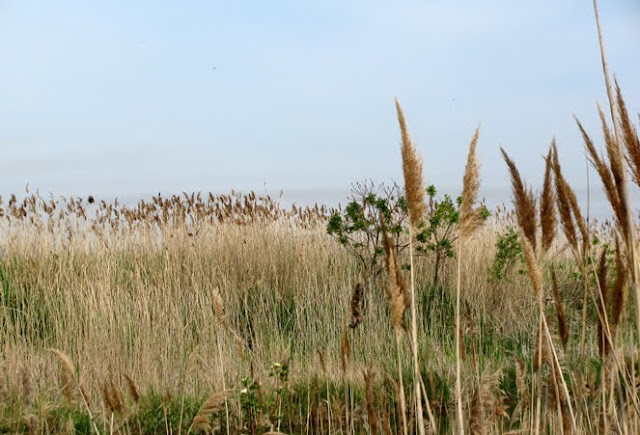 The irony of the title is that I wrote it as a headline for a full page print ad selling high rise condos in the 90's. It was for a real estate development company that had so much vision - mainly of sugar plums - that  it lost sight of the bottom line and went belly up. At the time, I wrote a lot of poetic dribble about "lofty" views and didn't mention the sky high prices except in passing, as an afterthought..a little half million dollar blip. 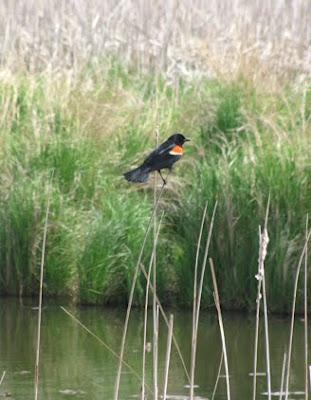 Last week I spent some time in the country, on a "real food" course. There wasn't a high rise condo in sight!
It took two hours to walk less than 1/2 km (1/4 mile) as we let our inner children out to play.
There was barely anything in the meadow that couldn't sustain you, and we stopped to look, touch, smell and taste it all.The man teaching the class calls himself a polyculturalist.
For him,  "leave only footprints" is a lifestyle, not a park slogan.
He has learned to live with the plants and animals on this earth...encouraging some, ignoring others...but being of the environment. Of is the operative word here. He does not seek to thwart, threaten, or have dominion over any of it. He is aware and therefore, part of it.
In turn, it supports and provides and sustains him and his family.
He is happier, and clearer eyed that any man I've met in a long while. He does NOT remind me of the real estate moguls who one by one, bit the proverbial dust, and are no longer part of anything. 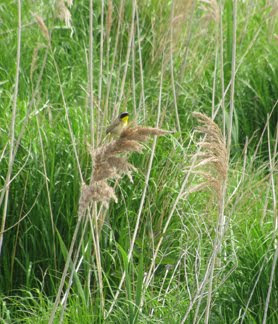 The world is weary of all the bad news...at least I certainly am...and the environmental disaster that has yet to be contained in the Gulf of Mexico. The devastation is not yet fully realized, but it will be reminding us of man's inability to control nature for decades to come... daily nudges that fossil fuels and greed is a marriage made in hell. And the alimony payments will be horrendous.

Thankfully, hope springs eternal!
These are not ancient Olympic rings - although they could well be. They are fish nests in the wetlands leading into Long Point conservation area beside Lake Erie. They're the  first to be observed here in several years. Here because a group of people had a vision that linked back to nature instead of bulldozing it over.
No condos, no parking lots. Just paradise with a great view.
for other views visit: http://skyley.blogspot.com
Posted by Susan Ellis at 4:13 PM 11 comments: