Who knew that a simple question posed on a singular FaceBook page (Birders) would morph into the trip route for 2011?
Actually, I did. Or rather, I hoped it would. As it did four years ago on a trip to SE Arizona, and a simple query via internet to some guy (sic) named Ken Burns about birding hotspots. He, an internationally renowned owl expert, turned my simple, naive question into an epic, unforgettable journey! So to ask a similar question about birding hotspots between Pembroke, Ontario and Hilton Head, South Carolina and to receive 20 responses was- and is- fantastic!
And so here we are and here’s Day 1 - 4 by the numbers:
As we head towards South Carolina, it’s mainly drive-by birding with some great experiences to mix things up a bit:
17, 417, 15, 87, 90, 91, 1, 9, 95, 25 , 48 – the highway numbers that have brought us from there to here. In this case, here is Long Island Sound and the village of Greenport;
1000+ the number of starlings massing on wires all along the route.
27 – species seen from the car so far as we’ve driven from the Ottawa Valley to Long Island Sound
18 -  the size of the flock of wild turkeys chowing down on a suburban lawn in Old Saybrook, CT on Sept. 20th 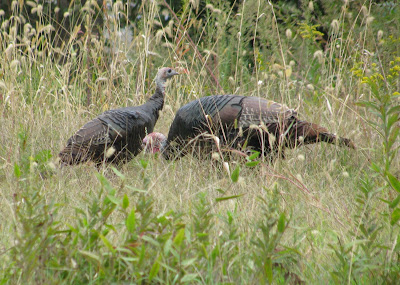 11- number of black turkey vultures seen gliding above me as I drift along the highways too.
9 -  members of a small herd of deer on Long Island who ran in front of the car tonight. No one hurt.
4 –White Rumped Sandpipers on our beach the morning we left on this adventure; 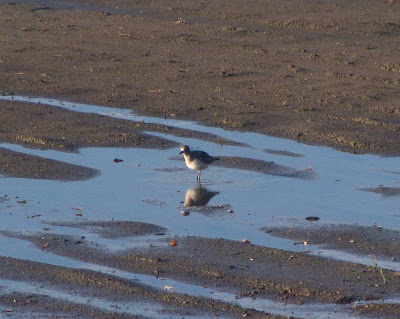 and the number of springs of elixir of youth in Saratoga Springs...Number 4 is "particularly potent", and I drank it dry. Oops. 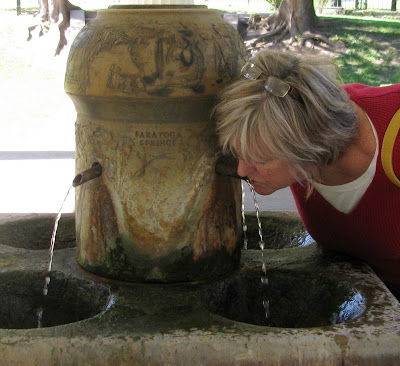 3 –states so far: New York, Massachusetts, Connecticut
2- provinces: Ontario, Quebec
2- countries: Canada, USA
1 –ocean (Atlantic)
1 –ferry –from New London, CT to Montauk, NY (by the way: did you know that some slightly addled boaters have actually tried to run their boats under the “Cat” ferry while it was running its route from Nova Scotia to Maine? Man's limits for stupidity have no boundaries!
And so, after 4 days I started to feel the vacation mode settle in –as it did this morning, while we sat reading the newspaper and sipping a coffee in a Starbucks, with the Beatles quietly serenading us. It occurred to me that this was the first time in YEARS that I’ve done that.
But back to the numbers: 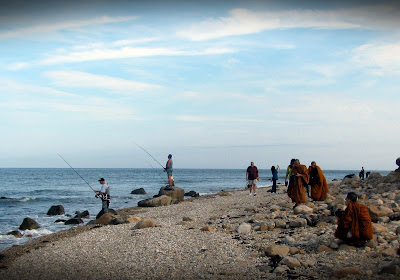 34 -the final tally of species after day 5, last one of the day being a
Common Eider in Montauk.
27- Great Shearwaters  who flew past to say hello to the Monk fish(ers) of Montauk.
2,375,000. -the asking price for the quaint little cedar shake shack on the beach that I can imagine me living in.
﻿
Posted by Susan Ellis at 10:27 PM 4 comments: