The Heroes in our Midst

Funny...if you google heroes, which I just did, up pops about a trillion links to the TV series about beautiful teens and 20 somethings fighting the  good fight based on good versus evil. It's  a mish mash of  Sci-fi meets Harlequin romance, and somedays, the good guys win, and other days, they get smashed to pulp by the bad guys.
No where did I find any reference to Dave. ... 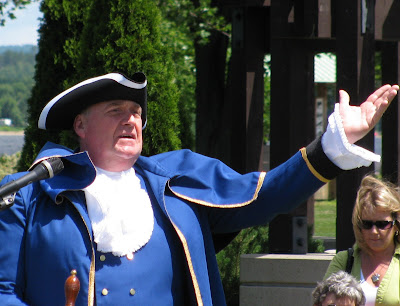 When Dave isn't providing impassioned oratory for some community event (like Canada Day) as our wonderful Town Crier, he's a Lay Preacher, and he works for the Canadian Cancer Society fighting the battle of our lives.
He can't  jump tall buildings or self mend his broken bones if he falls from one of them. But he's there where needed. He's a real hero.
Like Gord... 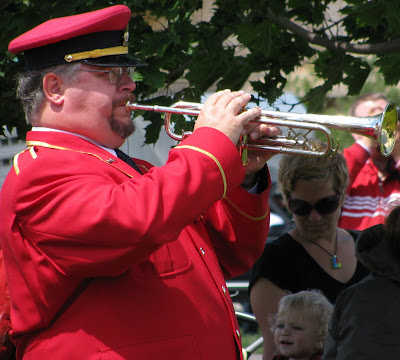 Not only does Gord show up to play taps for the Legion Band whenever required,
he's also working relentlessly to help save the Chalk River Nuclear Laboratory,through an employee coalition called CREATE, to establish a  national research laboratory in Canada. Tough job, but someone has to do it.
Play the Reveille Gord.
Whenever there is a community event, it becomes self evident who the real heroes are...they're the ones who care enough to show up. They don't use words like shoulda, woulda, or coulda. They are people of action who believe that actions speak louder than words.
Some of them play the bagpipes, fairly loudly, as a case in point. 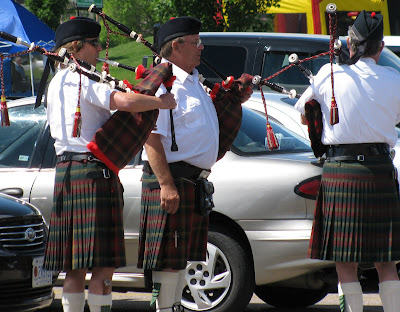 And they're not just blowing hot air. They love what they're doing, and are proud to be a part of the pomp and circumstance that requires their attendance. They're heroes. 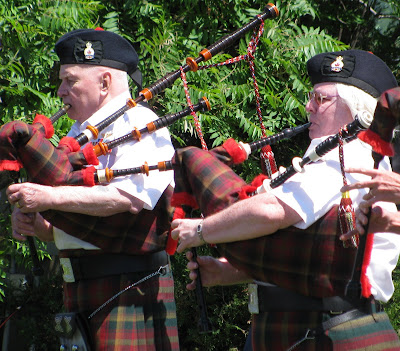 Yes, there are other kinds of heroes, who have fought valiently for national and international causes, who have lost liberty and freedom and risked life and limb... 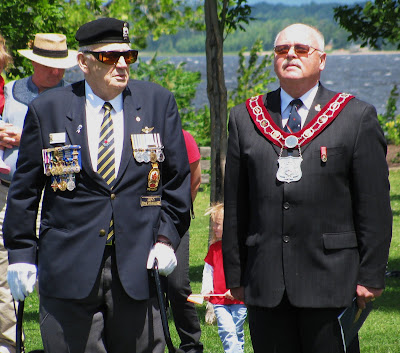 We honour them.
While at the same time, we pray that the duly elected officials of our Nation act wisely on our behalf.
But really?
We don't need another hero.
We just need people like Dave and Gord. People who show up. 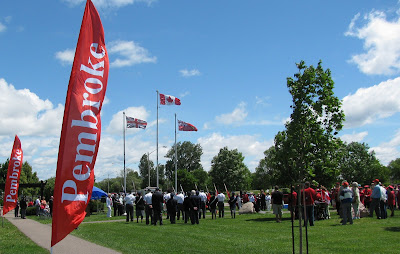