Birds flock. Cattle herd. Bees swarm. Whales school. All creatures seem to do it. But none more so than people.

People gather in groups for many reasons...weddings, funerals, graduations, anniversaries. These all tend to be family oriented functions. Story telling time -the good kind and the bad, and the nothing good happens after midnight kind.


People also come together for other, less celebratory functions...protests, marches for a cause, anti this, pro that. These tend to be political in nature. Wars lost and won. That sort of thing.

Once in awhile they gather to share a cultivated interest with others, be it music, art, dance, literature, nature, science. These tend to be primarily educational gatherings. All kinds of things taught and learned.

And every two years, they gather to share a collective dream - to celebrate mankind's quest for perfection -to be the fastest, fleetest, biggest, strongest - to be the best athelete in the world. 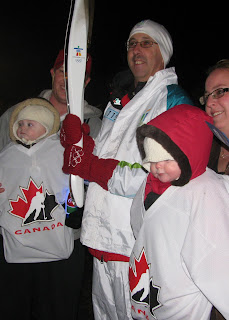 Last night in my town, you could catch that dream in the eyes of children as they jostled for position so they could catch a glimpse of the Olympic Flame. You could hear it in the cheers, whoops and whistles as the dancers flew across the stage to the fastest fiddle music in the world.

You could see it in the smile on the face of our Special Olympian, who was chosen to carry the flame the last 300 metres up to the waiting cauldron. And that smile took over his entire face as the flame caught and leapt upwards to the sky. 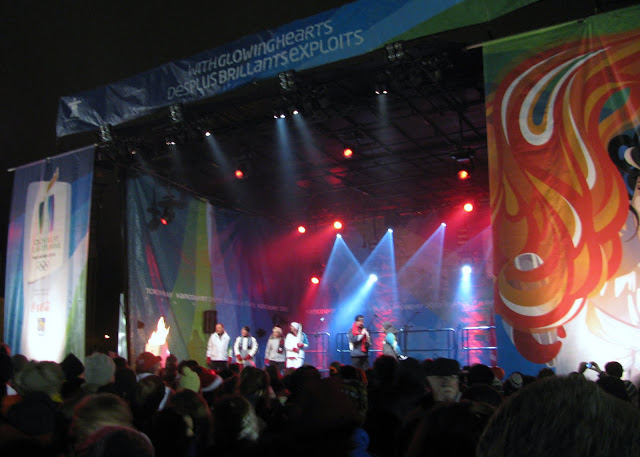 The crowd roared their delight, and burst into spontaneous singing of

For one very special night, people gathered together en masse to share a dream, catch the spirit, and believe that anything is possible. Even if just for one  night...one special night. 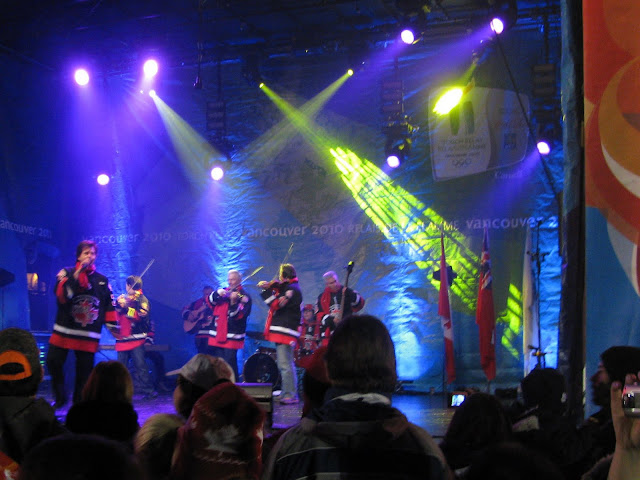