Having been away for the better part of the week, during which time there
had also been a significant snowfall, I came home to empty feeders
in need of replenishing.
First step: clearing a bit of snow off the porch... 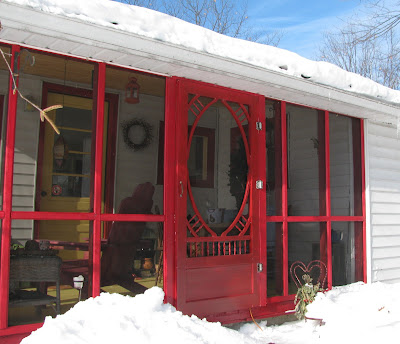 One of the pleasures of feeding is that the local birds that overwinter get to know you. As soon as I step outside, they magically appear and start chattering away to bring in the rest of the neighbourhood who might have missed the fact that the two legged creature with big, bulky, funny coloured feathers was outside holding goodies in her five pronged claws. 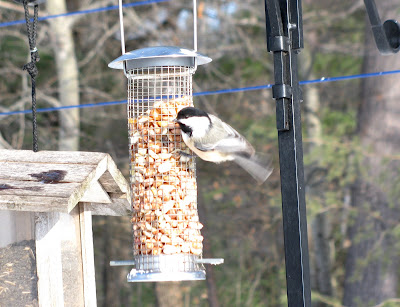 No sooner up, then they're at'em. Shelled nuts for nuthatches, chickadees, woodpeckers, jays...they pretty much all love them.
Kids and peanut butter. 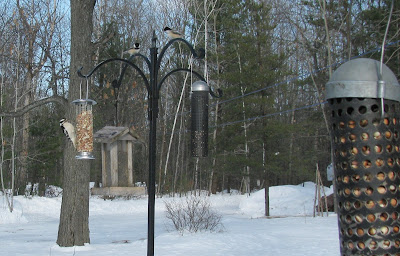 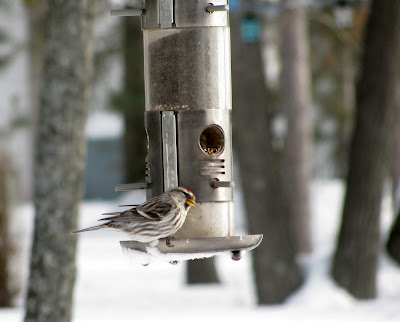 'course if you have a wee beak, like a Redpoll, you don't have to wait for any nuts, you can go directly to the finer seed, like nyger.
﻿﻿ ﻿And there's no waiting particularly, because it sprinkles all over the place. 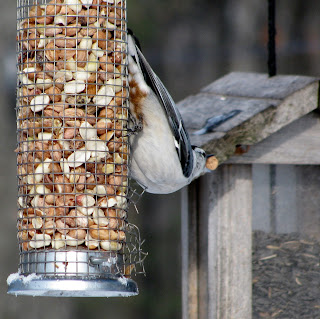 The nuthatches eat lots of peanuts..which considering the nut is almost as big as its little head is quite a good trick.
They wait in on line for their turns. 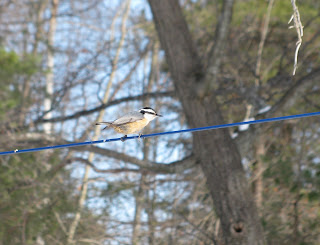 and keeping an eye on all of the proceedings is PW, waiting on the far side of the tree, not realizing that the bright red cone is a beacon. I see ya! 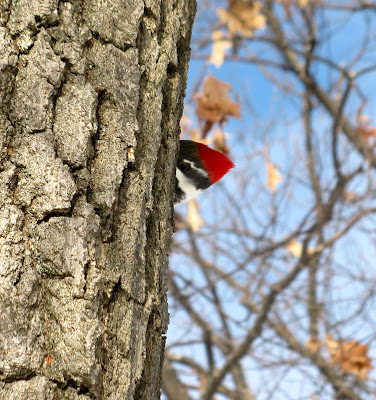 Black sunflower, nyger, shelled (and often unshelled as well) nuts, finch mix, suet, and water- that'll do it and you too can have a flock of featherbrained friends- who frankly, are often more entertaining than  homo sapiens.
Posted by Susan Ellis at 9:57 AM 10 comments: