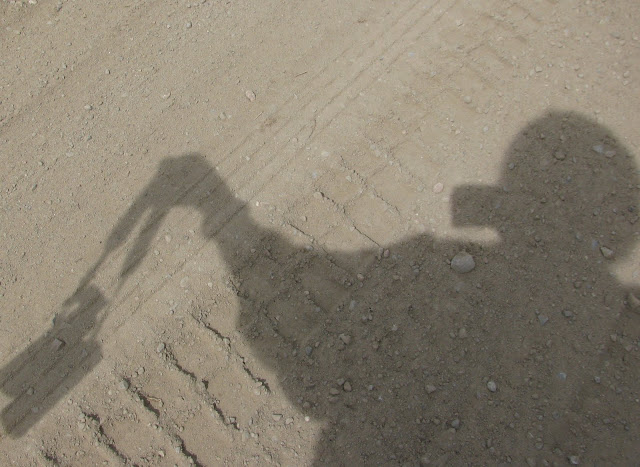 .
Today was so gorgeous that after my rivetting meeting on Risk Management,
I decided to throw caution to the wind, and take the back roads home. The meeting was in Arnprior, a lovely little town about an hour's drive away and between here and there are many, many beautiful back roads less travelled.
So, off I went!
Almost immediately, it became apparent that I needed to mitigate the risk a tad, and start pulling over when something caught my eye  (instead of slowing down to a crawl with my head out of the window). 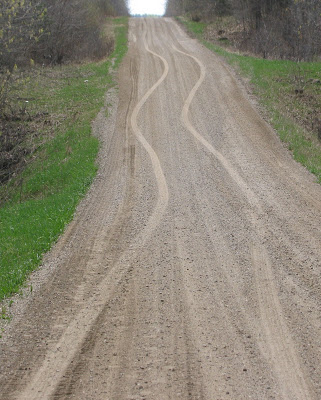 I've noticed that weaving all over the road is a fairly common  problem on these  nature appreciation expeditions, and I think it could be easily solved by a little neon bumper sticker that says,
"Caution: Birder on Board. This vehicle makes sudden stops and swerves. So you may want to take a different route."
What caught my eye in this particular case of weaving down the road was a splash of bright yellow. Closer examination revealed the first wildflowers
I'd seen in several months! 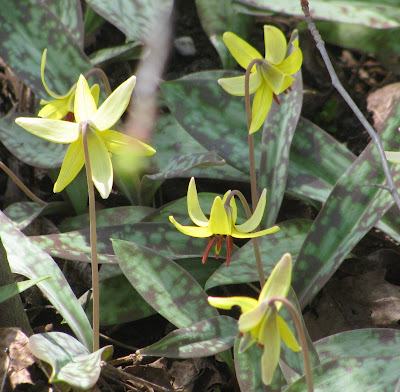 Trout Lilies were everywhere along the roadway, and right
beside them bobbed Blood Root and Downy Yellow Violets... 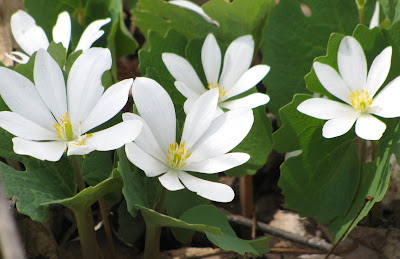 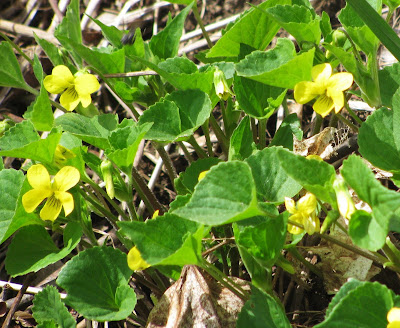 These beautiful harbingers of spring were everywhere, and so of course I turned off the ignition, and wobbled up the and down the ditch on either side of the road. "Wobbled?", you say. "Yes," says I, because in my haste to manage my self into the car this morning, I quickly threw in the camera and binoculars for the you never knows, and forgot to slip in a pair of ditch walking shoes. 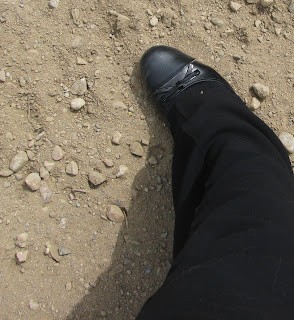 As I was climbing up to the Blood Root, it dawned on me that I was rather nattily shod for smelling the ditch. The farmer who may have to pick me up after I roll down it might like the shiny patent 4" heels, but it's far more likely
that he'll consider me a complete  idiot!
Ah well. All that worry for naught...as in nothing happened. I made it back home and discovered in my own driveway that the Hepatica
had also blossomed overnight. 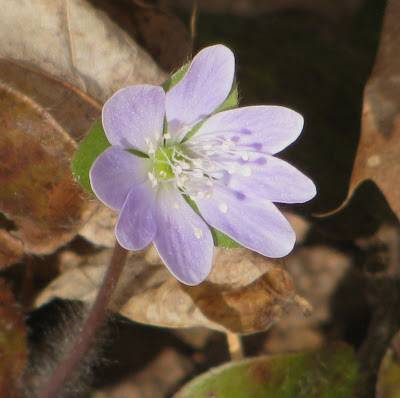 And I found some Red Trilliums! 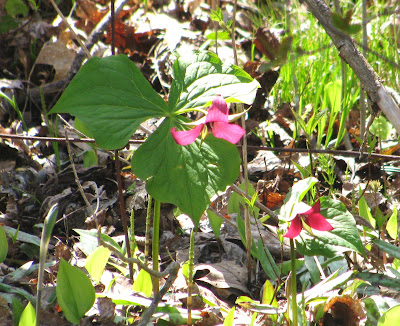 This trip was not without its little challenges, and risks that needed to be managed.  But I think an adrenalin rush every now and again is necessary - it wakes us up and makes us appreciate the world around us!
I took a chance making a u-turn on a bit of a hill (just a little one) so that I could get  a closer look at this exquisitely dressed little fellow, singing his heart out and inviting all others to take a chance on him. I'm glad I did! 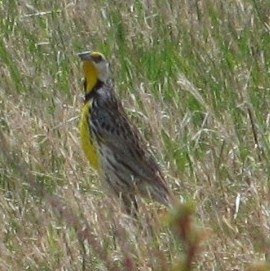