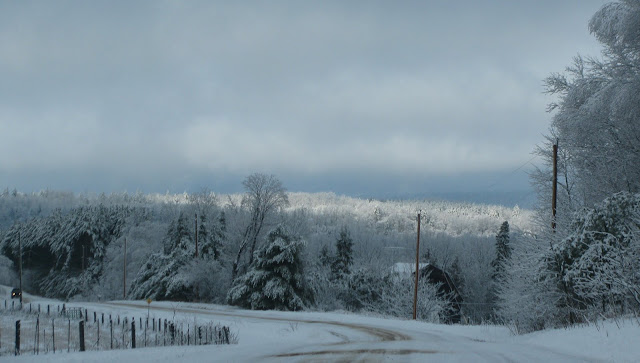 Coming up with my 99th post has been very difficult!  For the past several days I have struggled with finding a proper theme, something witty to say, something appropriately commemorative. And last night I even dreamed about the number "99" . First there was Wayne Gretzky (famous Canadian hockey player) and then, sadly, that old camp song nugget, " 99 bottles of beer on the wall, 99 bottles of beer, if one of those bottles should happen to fall, there'll be 98 bottles of beer on the wall." As I woke, I was actually humming this! I even googled "ninety nine". There's a lot of odd things called  '99':  Women Aviationists; a Korean slasher video; a  not so famous rock group....nothing too exciting actually, which is probably a good explanation for why I have had such a time of it! Maybe it's the 33 threes that make up the number that means it's dull and avoid it.

I live in a picture postcard world these days, and there's no getting around it.

done during the night. 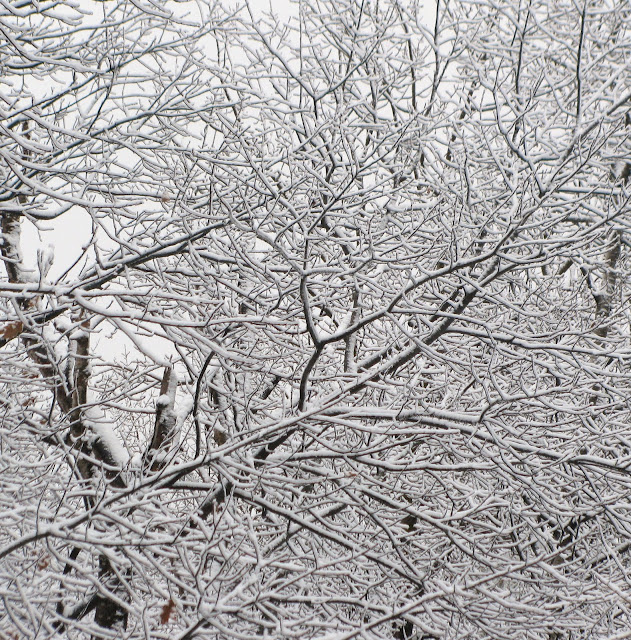 There are more than 99 branches on this tree. 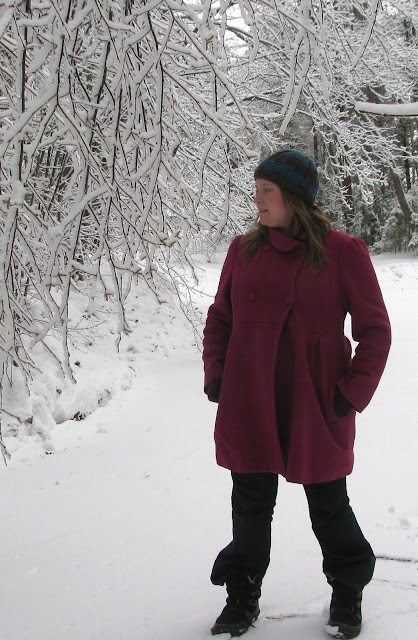 This is just one of more than 99 poses that my daughter can strike while she counts how many branches there are. 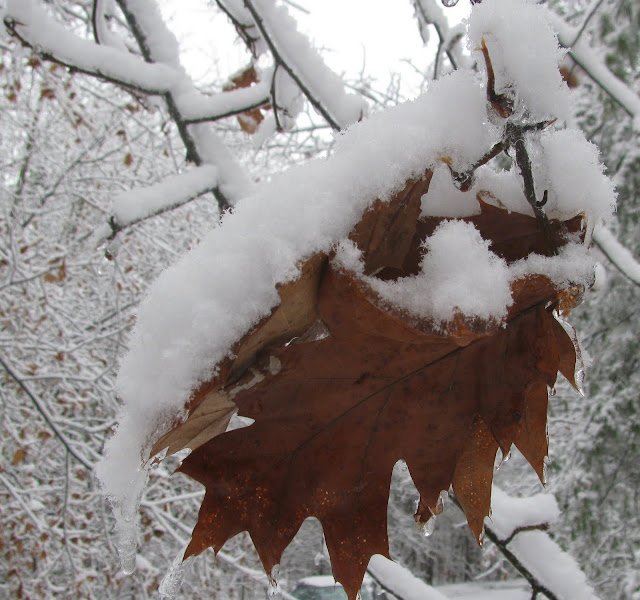 The snow will likely cause this oak leaf, and 99 million more just like it to finally shake their mortal coils, and fall at last to the ground. 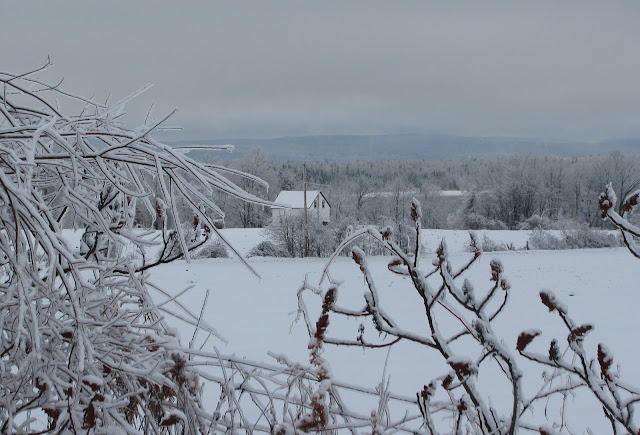 There are at least 99 shades of white and blue and gray and red in this pretty as a picture scene. 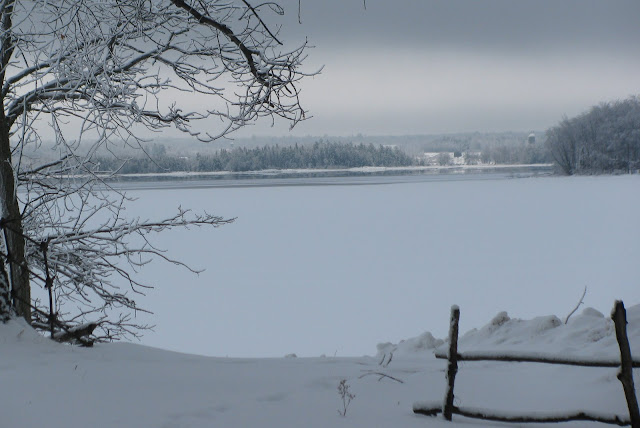