It's all Hieroglyphics to Me

Hieroglyphics:
"Hieroglyphic symbols, unlike letters in our alphabet , are used to describe what we would use a group of letters to- such as an idea or thought in a picture form. Like to describe the sun for example

So saith Reference.com.  Like they're basically saying that uh hieroglyphics are like word pictures to convey an idea.

Remember the ancient Egyptians?  They  etched their thoughts, mournful, mundane, murderous and otherwise all over the pyramids which are arguably the penultimate burial vaults on earth. In doing so, they unwittingly made Harrison Ford  and a deck of Hollywood movie moguls multi-billionaires many suns and moons later as they were inspired to create moving picture shows about lost arcs, sun gods, grocery lists and golden treasure in order to entertain us.

IN THE MEANTIME, back to reality.

Nature also leaves hieroglyphics  all over the earth. Within the  power of every creature is the ability to communicate, at times with intent. At times, not.

Winter in Canada provides many opportunities to read the stories being told by fox, wolf, squirrel, mouse, ferret, raccoon, deer, mink, fisher, coyote...they are all out and about, roaming the forests, fields and farms. While they forage they write their tales of life and death  and now it is for you to decipher... 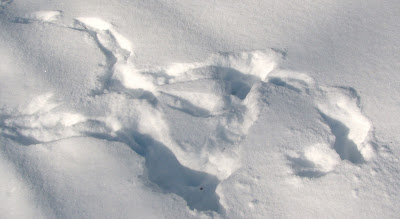 What hops along and lands on its little bum every time? (I don't know) 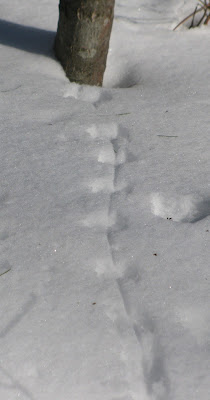 Squirrel? but what's the long deep cut made by?
and what's the plunge on the right? 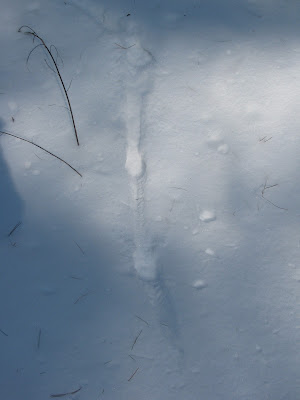 Steps in its own trace, drags tail. Nope. No clue here unless it's a fox? 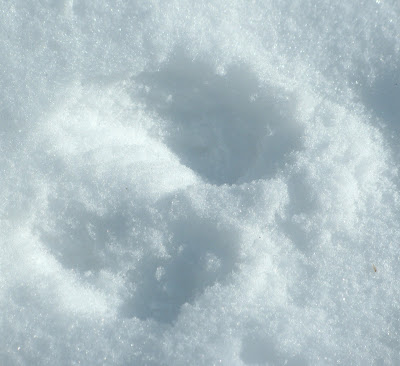 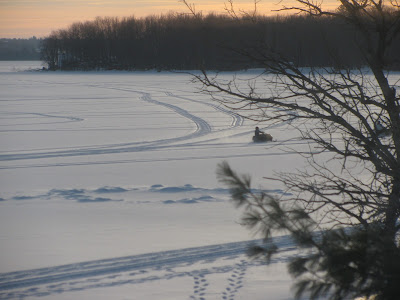 Ah! This one I know. Winter s'quitter. Running around in loud, noisy circles. 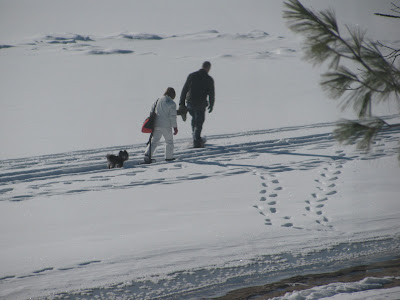