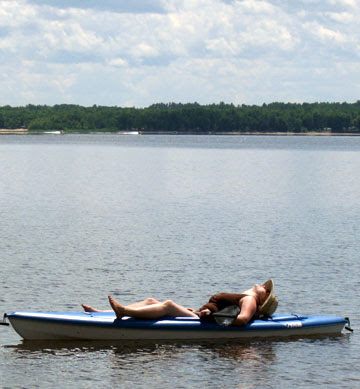 Some things say "Summer" more than others.
Soaking up the sun on a kayak in the middle of the river is definitely
a summer thing I long to do (just like my daughter's doing in this shot)...
especially when it's 40 below, and the wind's howling and it's the middle of January!

Daisies say "Summer" too. They're so bright and cheerful, and compliant! 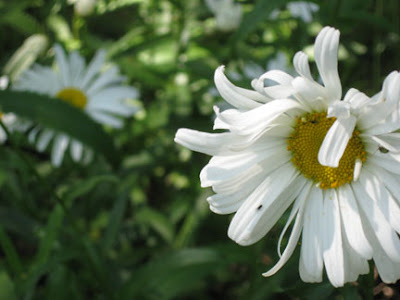 They're pretty and perky, and bend with the breezes, and they're not overpowering, like uh... Begonias.

I never knew 'til I planted some this summer that I'm not really all that fussy about Begonias. In fact, they're too much really! They remind me of someone's old Aunty Flo, who's a little gin fizzled, her hair's awry, 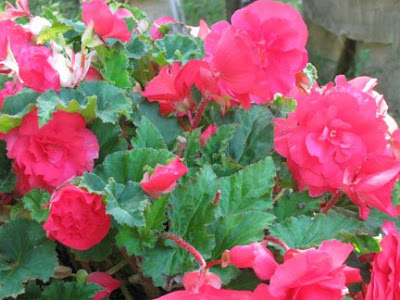 her lipstick is smeared, and she's about to start crying. I'd never even given Begonia's a thought before this summer but there you have it. I prefer the pert and sassy daisy! Sort of the cheerleader of flowers. Ol' Flo is just too much of a good thing, gone overboard. 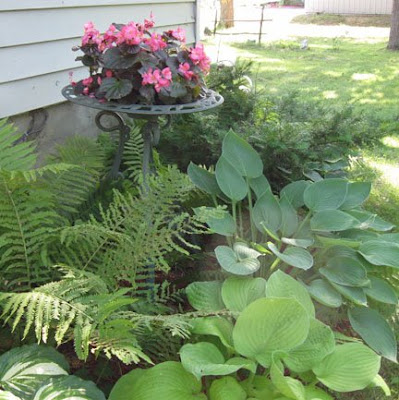 The plants I really love, which deserve the Best Plants of the Garden Award, are Hostas and Ferns. I have lots of both, and they're the Dignitaries of the Sideyard. They add culture, class, texture, and subtlety (unlike a Begonia which will never win an award for tact). They appear every year, just as they are supposed to, they perform perfectly, and they're really no trouble at all. They're diplomatic, and if they were movie stars, they would be the Cary Grants and Katherine Hepburns of the plant world, you know, movie stars of my parent's era, which had more filler and less thriller.
Posted by Susan Ellis at 6:20 PM 4 comments: