And then one night, I looked out the window and couldn't believe my eyes.
A big old pink moon was rising, bringing with it a warm southern wind
that bid farewell to winter. 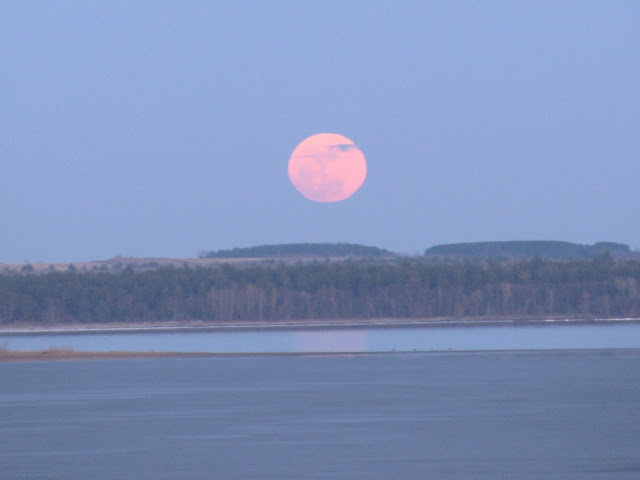 I kept watch and kept wondering. Within an hour, it had morphed into a brilliant white light, hanging high over the river. 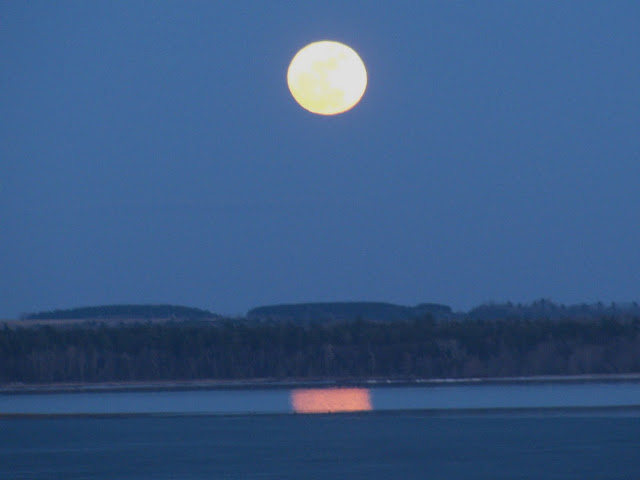 Songs have been written about moons like this. "It's only a paper moon, hanging over a cardboard sea" and "when the moon hits your eyes like a big pizza pie that's amore" came to mind while I was watching.
Then I looked downwards, and saw what was finally happening at 500 feet above sea level. The ice was moving. Out of the bay. Into the air. Under the surface. It was alive and shifting.
And less than twelve hours later, it was no longer a skating rink, it was pure punk. As in the ice is punky. It's dangerous, soft, spongy, not to be trusted. Don't you dare go near it ice! 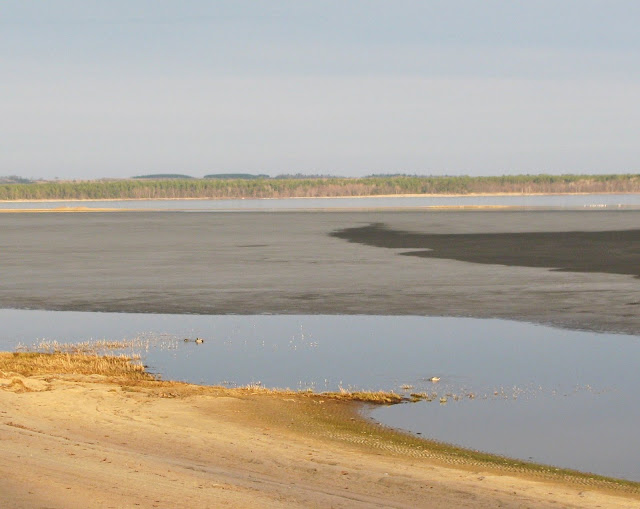 Unless of course you're a duck, with feathers for brains pretty much... 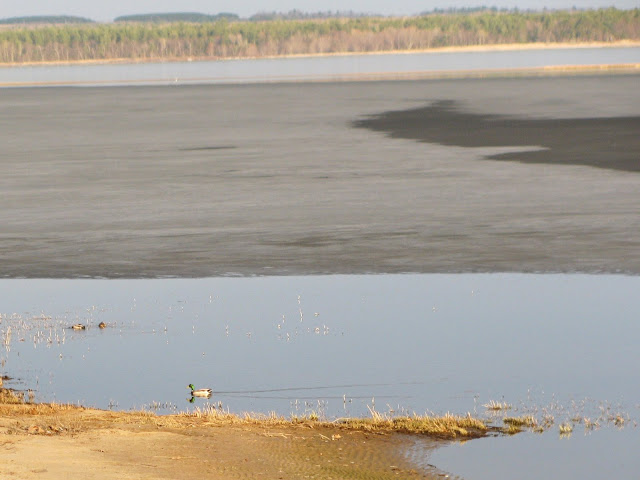 You can see the different densities of the ice. In this case, the darker the colour, the more water laden, the more dangerous and the more punky it is. We learn to stay clear of all things punkish...until one day, we think about the meaning of punk again... 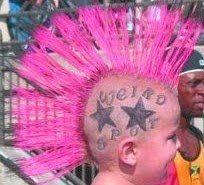 This cute little  girl can come and look, but no way is she allowed  within a mile of anything as  punky as that ice!
Posted by Susan Ellis at 8:02 PM 22 comments: