I had no sooner pulled into the Park 'n Fly lot and turned off the ignition, when the shuttle bus was right there behind me...waiting to help me on board and get me on my way to the airport. Wow! That's service! In fact, so efficient, that in my rush to not keep the shuttle waiting for me I jumped out of the car, grabbed my suitcase and leapt onto the coach. It wasn't until we were pulling up to the terminal that I realized that I had left my camera sitting on the front seat of the car...right where I'd put it so I'd be sure to see it and bring it along! Damn double damn. Some places I go to a camera isn't a requirement...but Canada Blooms? The largest landscaping and gardening trade show in Canada? It's pretty much mandatory in my books. Going back to the car to retrieve the camera wasn't an option, so that meant either buying a new camera  - tempting, but the
Canon SX110-IS is less than a year old, and
I'm still pretty happy with it; or seeing if the camera
inside my Palm Pre is any good. 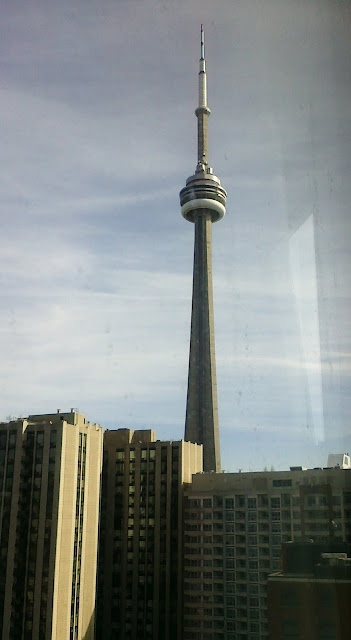 First shot, from the 10th floor of the hotel caught everything I was looking at, including the reflection in the window.
Second couple of shots captured lunch fairly well... 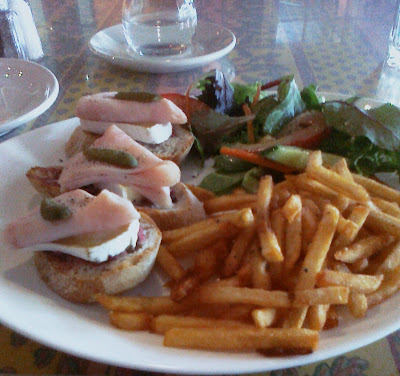 Tartine Maison...smoked turkey with brie and cranberry mayonnaise on a slice of baguette and frites...all good. Even better was the impression the waiter got
that I was a restaurant critic (because he saw me taking the picture),
so the service was exceptional!
I think this shot pretty much captures the window dressing... 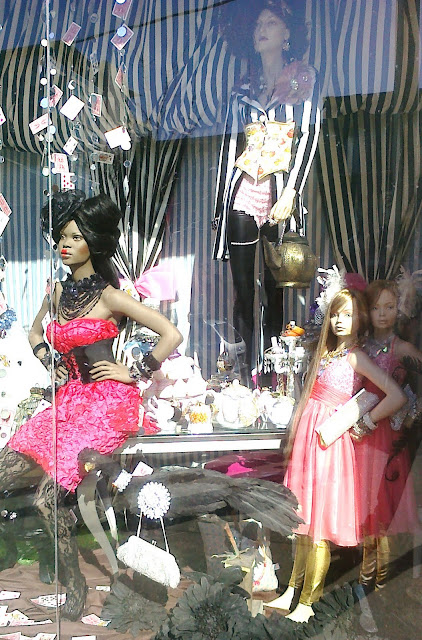 A little explanatory sign labelled this scene as "Fashion Faux Pause" .
I  labelled it trying too hard to be trendy.
Now THIS designer got it right... 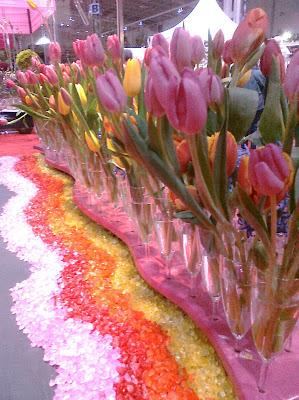 A river of tulips beside some sea urchins... 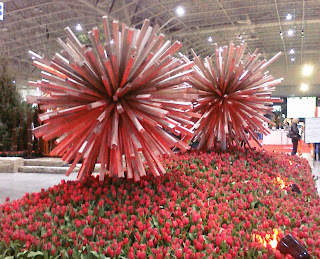 I'm not too sure what this designer was thinking -
may have to sit and think about it for awhile. 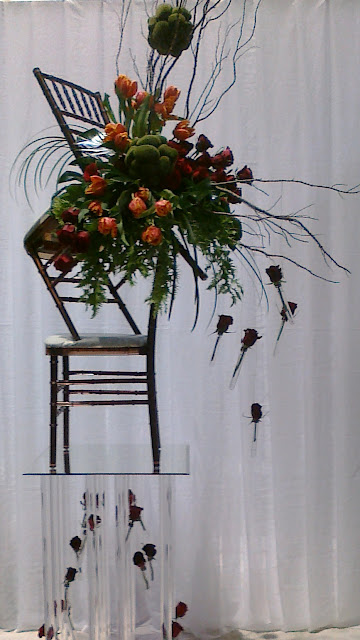 All in all, not bad for a tiny camera inside a little phone.
But...if I forget it again? It'll be new camera time!
Posted by Susan Ellis at 4:30 PM 14 comments: