It's Just Another Day

24 hours. Nothing special planned. No where to go, no one to see, nothing that has to get done. A take it as it comes kind of day. And so I did.
Busloads of tourists come to our area every year to see the fall colours. The tour operators tag the tours with catchy names like "The Flaming Leaf" or "Autumn Rhapsody". We call them a sure sign that winter's on its way. 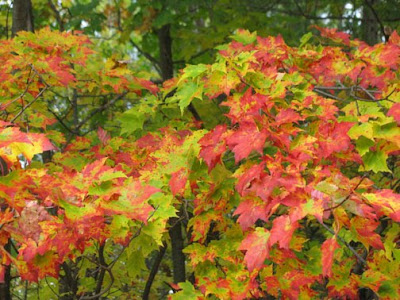 As I was taking the shot of the leaves, I could hear a little chirping. Saw a quick flit out of the corner of my eye and swung the camera in that direction, hoping to capture the source of the commotion. Ah Ha! A little Yellow Rumped Warbler...so cute. Often called "Butter Bum" and you can see why. 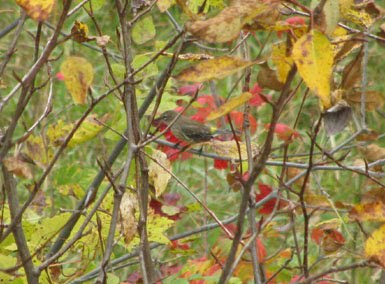 This is a shot of the Ottawa River from the bridge that links Ontario and Quebec. These rapids were used as a "Toll Gate" by the Algonquin back in the days when the fur trade and les voyageurs were combing this area, seeking pelts and prospecting for tall pines for masts for her majesty's ships back in England. The Algonquin wouldn't let them use the portages on either side of the rapids until they paid with tools, utensils, beads, or whatever the hot commodity was in favour that season. 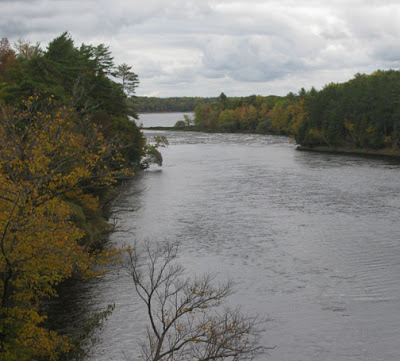 The sky on Tuesday evening, through the living room window. Raining in Greenwood. Funny thing about living on the river, in the Ottawa Valley. There are hills to the north and south of us (hence, valley) and the weather will often circle around us. It was the other side's turn to get wet. 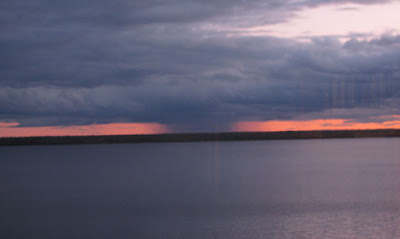 This morning, the view from the window is completely different. Large flocks of Canada Geese rest in our bay overnight, lulling us to sleep with their chatter, and waking us up with the same...only more insistent and considerably louder. 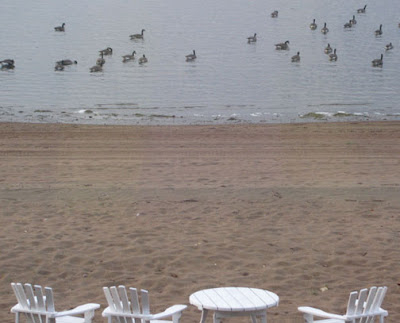 Just after I took the shot the geese from the window, the sun burst through the clouds...day break. And that's the past 24 hours at home in the Valley. 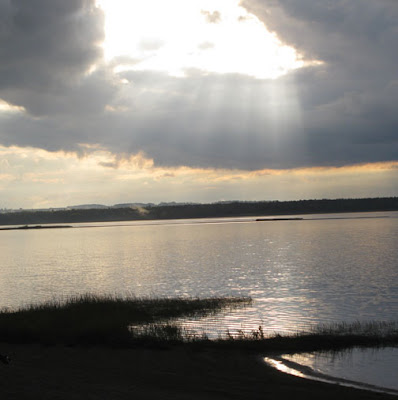 Now on to the next.