There's nothing quite like a fresh dip in the river to clear your head and give you a different viewpoint...which is what happened to me on Saturday. I took a lovely, leisurely kayak up to the swamp at the end of our beach, just about an hour's worth of paddling and sheer entertainment, looking at all the reeds, the dragonflies, the lily pads, and Ottawa River. Once home, I promptly tucked the camera under my bathing suit strap to bend down and haul the kayak ashore. And just as promptly, it fell straight into the water! Damn! However, truth be known, I had been complaining about this particular camera for awhile - I had outgrown it basically, and was ready for a bit better model. Not that it was a Freudian slip (ha ha), but there were no tears shed, except for the great photos I had just taken. (Which John says he will try and retrieve for me. Fingers crossed on that score.)
Ah well. This new camera (Canon SX110 IS) can catch the whiskers on a weary Eastern Red Squirrel! 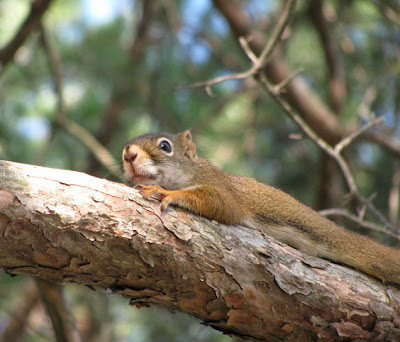 It can capture the lacey leaf of a White Birch that some tiny visitor has created. 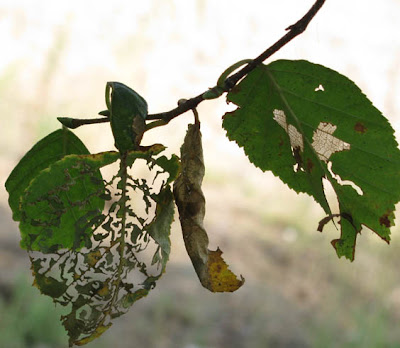 Go ahead, click on the photo! The detail's amazing.

It knows that a nasturtium leaf is actually a runway for nectar seeking insects...how else to explain the pattern? 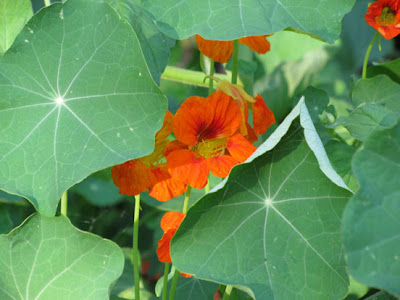 And it can capture a quickly moving mystery bird that lands in the thick of the leaves...I haven't been able to identify it, a juvenile red eyed vireo perhaps? Maybe you know? 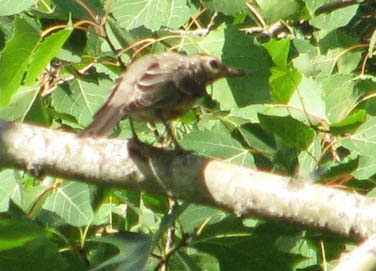 I hate to state the obvious, but a zoom lens is pretty spectacular! Just like this little American Goldfinch caught by a sunbeam (and me) 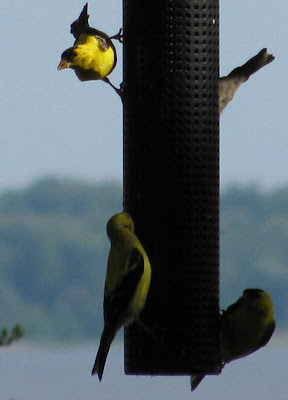