Somedays I Feel Like A Fish Out of Water 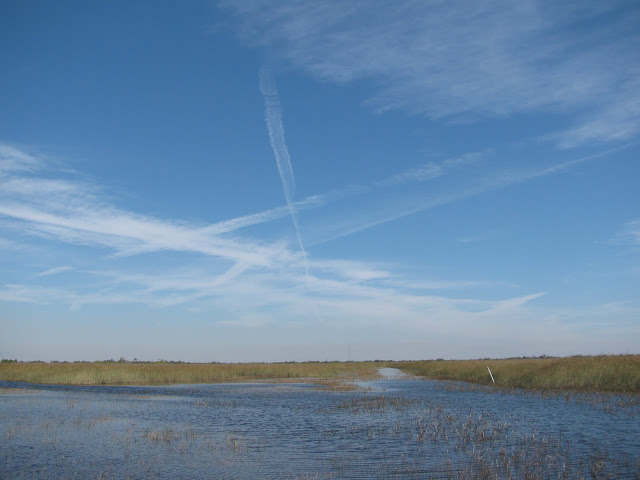 While jetliners used the sky as a canvas to practice calligraphy, we discovered the Everglades of Florida by boat. First shock? That it wasn't the tropical jungle I'd imagined, where Tarzan swings from vines, yodelling for Jane...it's a massive wetland filled with grass! 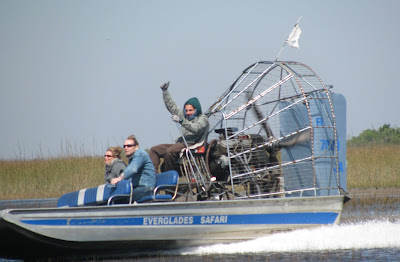 And intrepid tourists can spend $25 for a high speed ride through the water lanes, the wind in their faces, at their backs, and bouncing off the earplugs provided by the driver. We opted for the more sedate tour... 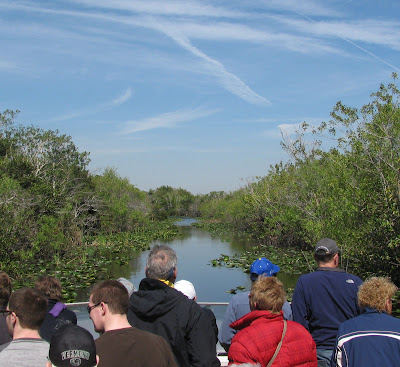 In this flat bottomed boat, there were about 8 rows of seating, and a good view of the everglades provided for everyone. The driver, Earl, promised he'd find us an alligator, if we were really nice to him... 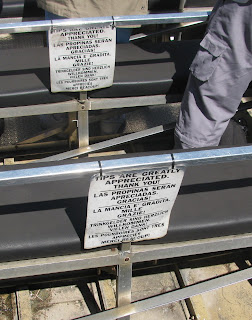 So we were, and guess what Earl did? He found us a 'gator! 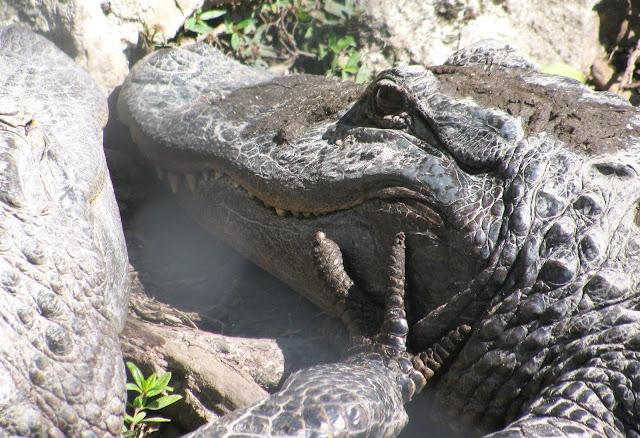 In fact, he found us several!
But while people were oohing and awing over these guys, they missed the best show of the day ( I think). Dinner time for the Anhinga, fish on the menu: 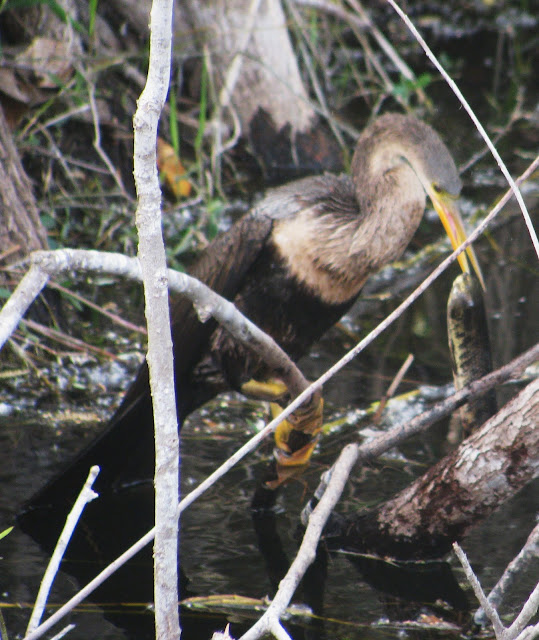 The catch of the day is over a foot long! 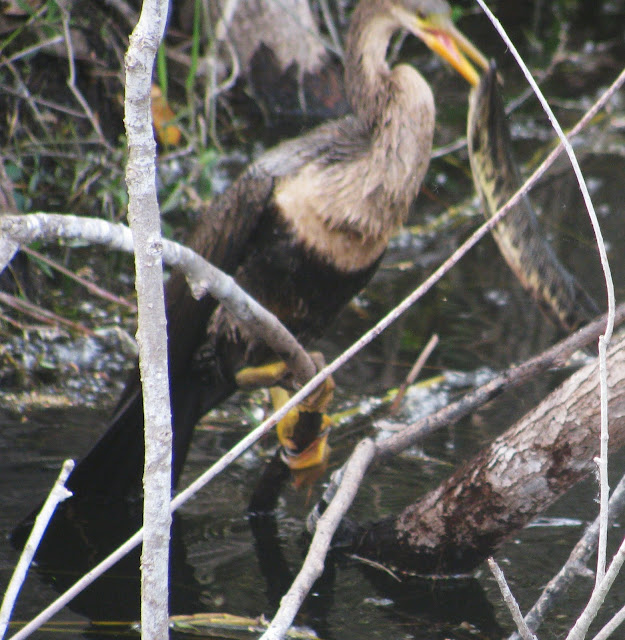 It took him several whacks, stabs and dashes and dabs to get dinner into the proper toss and swallow position.(Sorry it's blurry, he was a little too busy to sit still.) 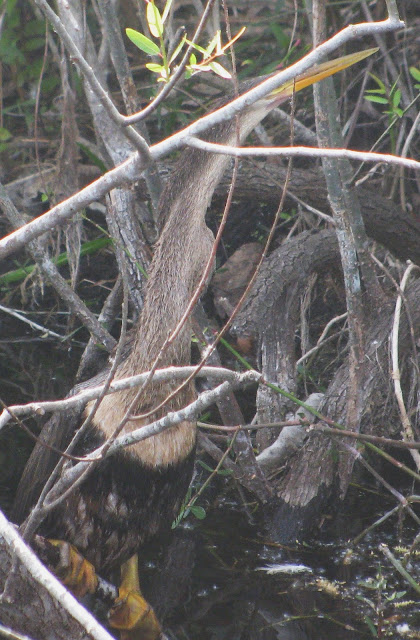 But he succeeded! See the big bulge former fish in his neck?
Now THATwas worth the price of admission!
See more interesting parts of our world at  http://skyley.blogspot.com/
Posted by Susan Ellis at 6:09 PM 10 comments: