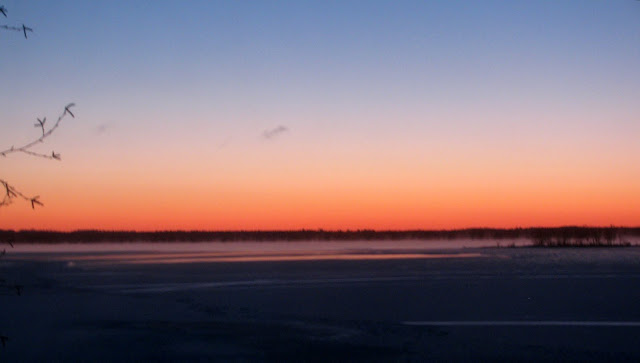 Contrary to popular belief, a frozen river is not a quiet river. As the temperature plunges, the water is loud in its protest. Groaning, wailing, screeching its resistance to being chained by frozen  molecules.

As dawn reddened the horizon this morning, the bay revealed its new winter skin, with tracks and trails of mystery spreading straight off to the other side, where the lingering currents are still putting up a misty, hoary fight.

They will not win this battle with winter. They never have. The swift water is stilled, and what lies beneath is sleeping.