This is a Whine Tour

While winter still insists on scratching it's cold brittle limbs against the window and pelting us with what would be rain if it weren't ice, it's a good time to at least think about birding.

One lovely mellow day last fall I went for a drive through the rich plains leading down to the river - an area of lush farm fields and ditches overflowing with tasty treats for wandering warblers, sparrows, and hawks on high.


It's an old area, on the edge of the Canadian Shield and hunted by the Algonquin over 6000 years ago.  Samuel de Champlain lost his astrolabe near here on one of his visits, and the Voyageurs plied the many lakes and rivers, laden with baubles and beads to trade for furs to warm the tops and bottoms of  European royalty.  Over time it became a destination for Irish, Scottish, Polish, German, and French settlers, hoping to escape famine in Europe in the early 1800's. 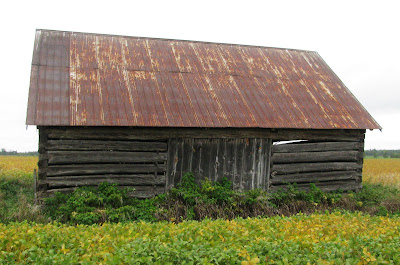 The day of my drive, the sun was warm, and lazy bees were making slow work of the meadows, lopsided and laden with pollen, they bobbed beside me,
while bright beady eyes followed their movements. 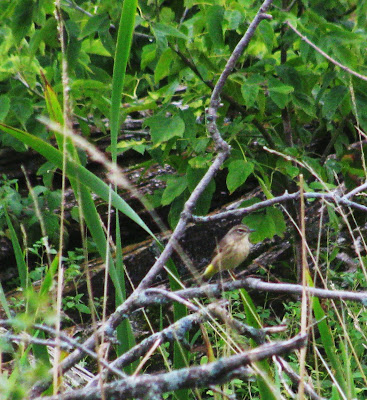 The Yellow Rumped Warbler is one of the first warblers
to appear in the spring, his cute little butter bum seen flitting
in the bushes and along the edges of fields. 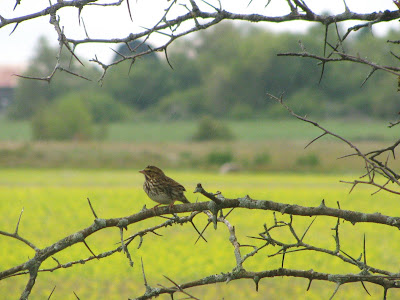 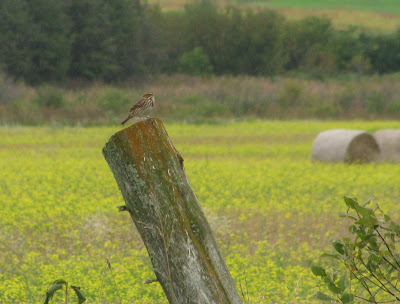 The Song Sparrow is one of the first sparrows to make it back to the Valley. I know for a fact that they have returned, because I've heard then calling out and heralding the rites of Spring. Although I suspect that today
they are hunkered down, hopefully inside a barn out of the wind and rain.
Most likely wondering when the sun is going to shine, and wishing they'd lingered
a little longer  on the  south side of Lake Ontario!
Here in the middle of winter, a day of rain and temperatures hovering around 0 would have everyone saying things like, " Wow, is it ever mild!"
But in April?? Not so much....
Oh crap!
I have just proven, again, that Canadians  will always find
some way to talk about the weather.
Must BE the weather that causes this national trait!
Posted by Susan Ellis at 5:25 PM 4 comments: